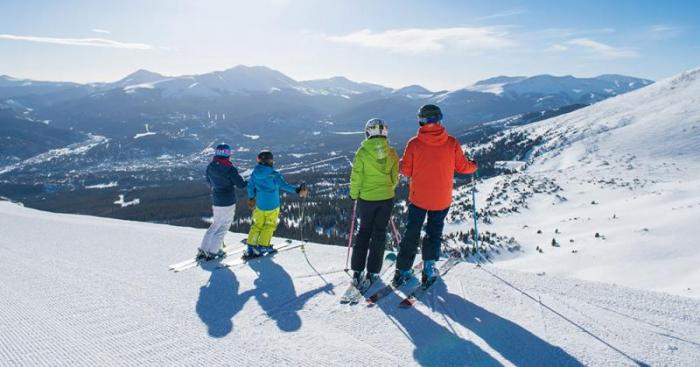 The sun peeks through the overcast clouds to illuminate snow-covered terrain at Breckenridge Ski Resort in late November.

Breckenridge Ski Resort announced on Friday that it will extend the 2018-19 ski and snowboard season by more than a month, into late May, for the first time since the mid-’90s.

In a press release announcing the plans, the resort also said it plans to extend future winter seasons through Memorial Day as well, weather and conditions permitting.

The resort originally announced a closing date for this season of Sunday, April 21, but now plans to remain open through Memorial Day — Monday, May 27 — as long as weather and conditions permit. These plans to extend the season are subject to U.S. Forest Service approval.

During this extended portion of the season this coming spring, the resort said it plans to offer skiing and riding on Peak 7. In the press release, Breckenridge also said it plans to provide access during this portion of the season, while conditions allow, to primarily advanced- and expert-level terrain on the resort’s Peak 8 area, including in the Imperial, Horseshoe and North bowls, which are accessed by the Independence SuperChair, the Imperial Express SuperChair and the TBar Lift.

Vail Resorts spokeswoman Sara Lococo on Friday said Breckenridge does not plan to make snow during the extended portion of the season.

“Spring is an incredible time to ski Breck’s High Alpine and we are thrilled to extend our season this year, and beyond, and offer that terrain as long as the snow lasts,” said John Buhler, the resort’s vice president and chief operating officer. “With Breck’s notably high elevation and annual snowfall we are well-positioned to provide our passholders and other guests great spring skiing and snowboarding well into May.”

Please Share This
We are here to assist you in making your Breckenridge Vacation a Memorable One! Email us Today for detailed information and the BEST PRICING Available!
Get In Touch
Copyright © Breck Heaven 2017 - 2019. All rights reserved
CLICK 2 CALL NOW